Father Woods was a compassionate and dedicated priest. He was also a widely published natural scientist, who wrote extensively about the geology of his 57,000 square kilometre mission district in the South East of South Australia.

It covered everything south of the River Murray, prompting his comment to a scientific friend: ‘If you think I have nothing else to do, I wish as a punishment that you were my horse for a 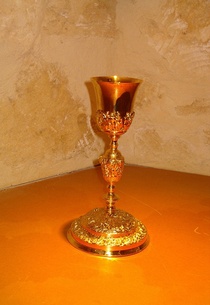 He identified the district’s sub-marine origin, described the Naracoorte caves and their fossil vertebrates, deduced that the series of ridges between the caves and the coast were former coastlines, and recognised Coonawarra’s renowned red soil as being ‘derived from the decomposition of the outcropping limestone’. He warned that ‘the igneous agent may still be active’ below the geologically recent volcanic district of Mount Gambier. And by 1862 he had accepted the evolutionary principle of ‘a gradation in creation’, but with God as creator.

Woods successfully combined scientific work with his priestly and civic duties, and was widely respected by all classes and creeds. He was vice-president of the Penola Mechanics’ Institute and a popular speaker. He used his medical skills to help the Aboriginal people and provided Catholic education for the poor and the isolated by co-founding the Sisters of Saint Joseph.

Mary MacKillop admired his ‘many-sided mind’, noting ironically that he was also possessed of the ‘great capacity for hard work’ once given as ‘a synonym for genius’.