Fossil and Recent Species Named by the Rev. J.E.Tenison Woods

Soon after Father Woods arrived in the South East in 1857, he initiated the systematic scientific process of determining the age of the tertiary strata in South Australia and Victoria. 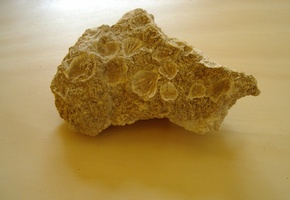 Woods described the tertiary limestone of the South East as ‘a mass of fossils cemented together’ and during his ten years here, named at least 65 marine fossil species collected in this district and at Muddy Creek near Hamilton in Victoria. After a scientific hiatus in Adelaide, he returned to his study of the natural world whilst conducting missions in Eastern Australia and Tasmania.

Between 1857 and his departure for Asia in 1883, Woods named and described at least 156 species of marine fossils and 292 species of living shells, as well as corals, bryozoa sea urchins and fossil plants.

This unique collection of both fossil and recent species provides contemporary recognition of a leading natural scientist in the district where his extraordinary contribution to Australian science began. It was donated by Christopher and Lorraine Goudey of Lara, Victoria, and opened by Dr Elery Hamilton-Smith AM on 25 March 2007 during the 150th anniversary celebrations commemorating Woods’ arrival at Penola.